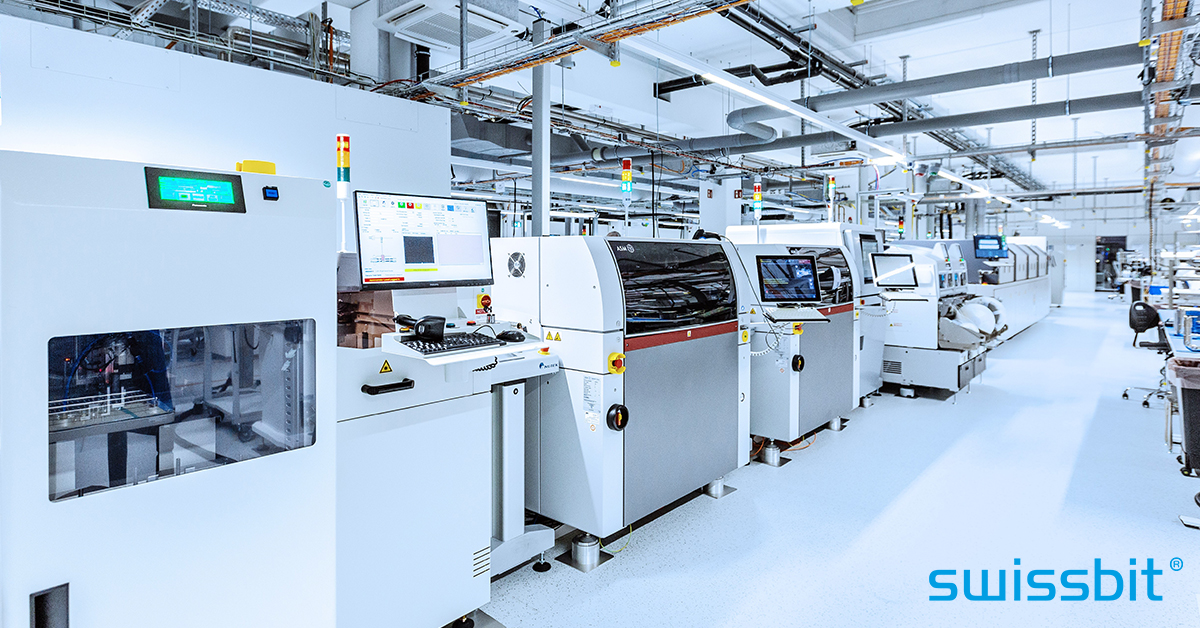 Bronschhofen, Switzerland; Berlin, Germany. September 29, 2022 – Swissbit is continuing with its strategic expansion plans at its established production facility in Berlin, Germany by adding a new semiconductor packaging line to its electronics production. The assembly line offers a significant performance boost and operates on average up to 50 percent more efficiently than existing lines. It is used for the fully automated production of highly integrated memory solutions, including ultra-compact e.MMCs. The new equipment also positions Swissbit as one of the only businesses in Europe able to produce solderable components such as BGAs (ball grid arrays) from small batches to high volumes, with a capacity of up to three million pieces per month. This type of component is used, among others, in automation, automotive and network technology. By acquiring equipment from the Advanced Semiconductor Packaging and Test divisions, Swissbit is bolstering the growth of its production capabilities. Around five million euros have been invested overall. Since 2008, Swissbit has exclusively manufactured in Berlin, and at the end of 2019, the company opened a new facility on more than 20,000 m2 of land. There are currently 250 employees there, and the number is growing.

A total of 15 machines makes up the new production line for system-in-package components, together with various conveyor systems, buffers, and loading and unloading stations. Swissbit produces a variety of memory products on the highly automated line, particularly the e.MMC series EM-30. It is a 153-ball BGA module with industrial-grade 3D NAND with memory capacities of up to 256 GB. The necessary balling, which involves the application of solder balls only 0.25 millimeters in diameter, is also carried out fully automatically by the production system. The highest traceability standards are met by the line that ensure fully traceable parts and components across the Trusted Supply Chain.

Swissbit has invested 1.5 million euros alone in the installation of the state-of-the-art production line. Following extensive testing and qualification rounds, the line is now fully operational.

Strong signal for customers, the Berlin site and the semiconductor industry